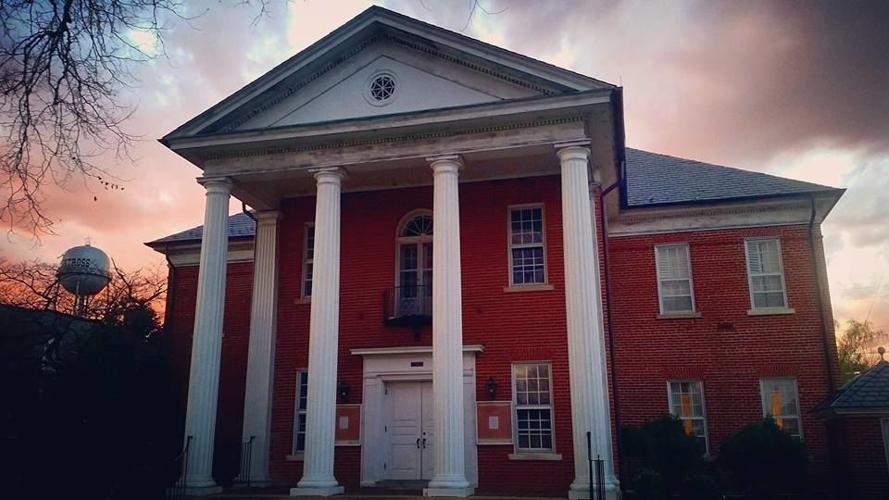 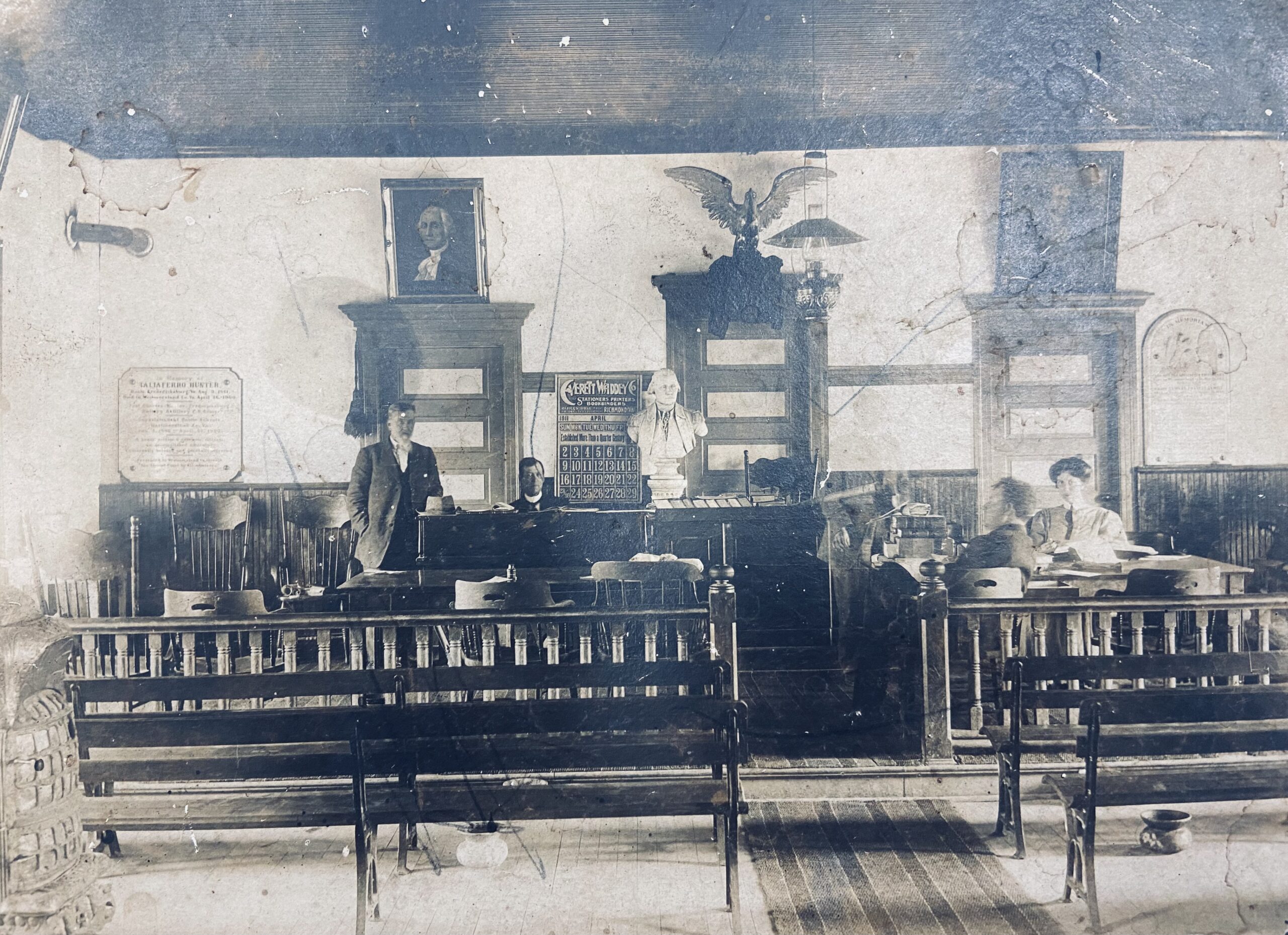 As originally established by the Virginia colony’s House of Burgesses, this area was separated from Northumberland County in 1653 and named Westmoreland County. At the time, Puritans had displaced Governor William Berkeley during the English Civil War. Despite this change in leadership, the General Assembly continued to champion population expansion and land speculation along the Potomac River. Montross was established as the county seat in 1673.

The earliest county courthouse in the area was on Walter Broadhurst’s plantation near Nomini Ferry. The first courthouse at Montross was built in 1679 on the land of John Minor. However, construction was never completed and in 1707 a new Courthouse was built, which stood until 1817. In 1817, the building that is now the Historic Courthouse was built. It was remodeled in 1900 and 1930. The Courthouse was once home to the original portrait of Willliam Pitt (Lord Chatham), now located in the original museum building.

The Historic Courthouse now serves as a visitor center for Westmoreland County and has rotating exhibits on Westmoreland County history. This building also houses the Henry Hungerford Library and Genealogical Research Center. There is also a small gift shop that sells local history books and local postcards and souvenirs.

Inside the Historic Courthouse 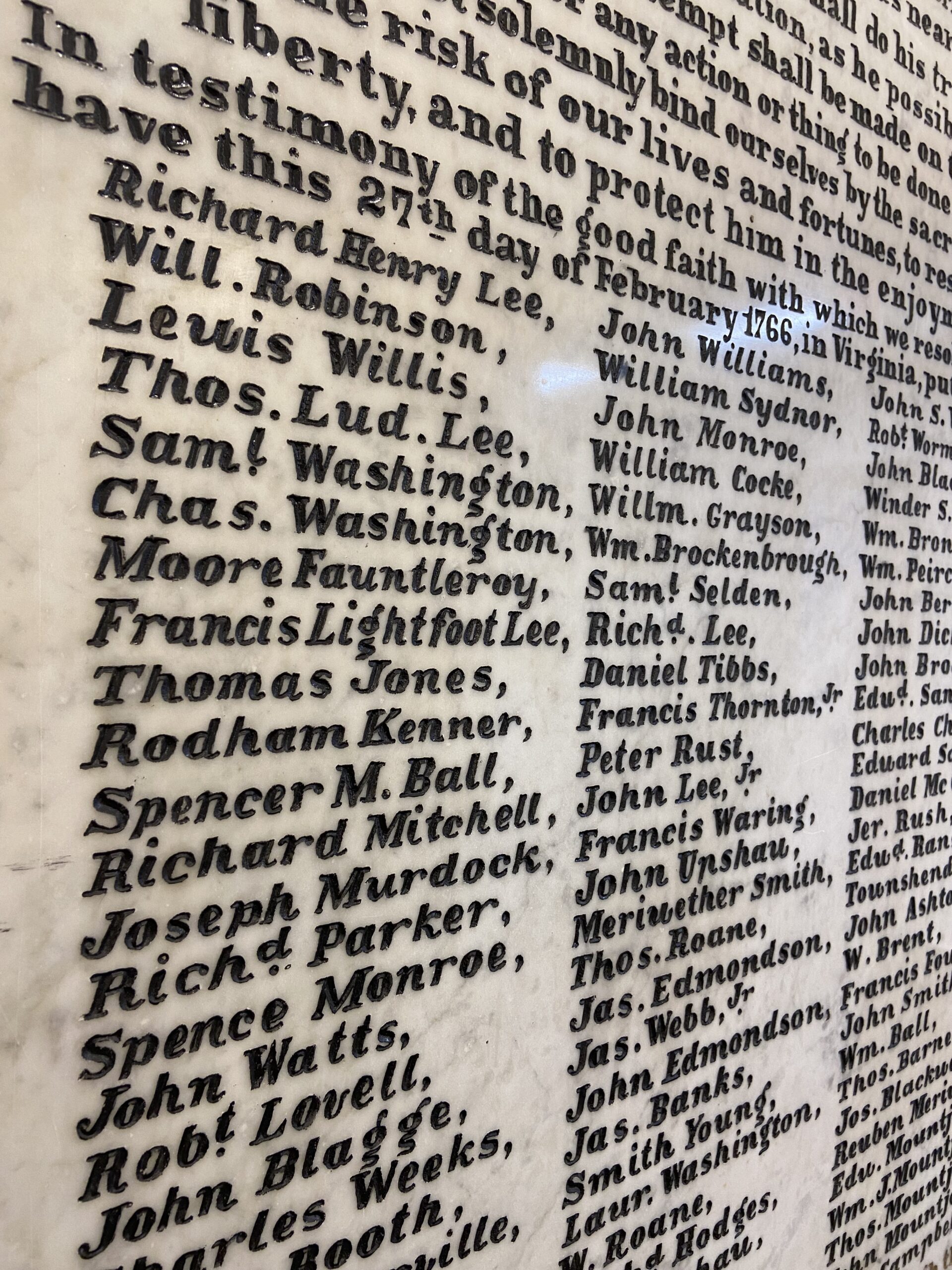 In 1765, Parliament passed a Stamp Act that placed duties on almost every type of paper in daily use in the Colonies (newspapers, clearance papers for ships, licenses, etc.). The Stamp Act stated that duties were to be paid in silver or gold, and that refusing to pay the duty would result in the violator being tried in an Admiralty Court without the benefit of a jury. The enforcement portion of this Act applied not only to violation of the Stamp Act, but also to any violantion of any parliamentary enactments whether for trade regulations or revenue. The result of this action by parliament was the drafting of the Leedstown Resolutions by Richard Henry Lee. On February 27, 1766, 115 members of the Association of Westmoreland affixed their signatures and their seals to this document. Among those signers were six members of the Lee Family, as well as members of the Washington and Monroe families. The Leedstown Resolutions was the forerunner of the Declaration of Independence.

“Roused by danger, and alarmed at attempts, foreign and domestic…”