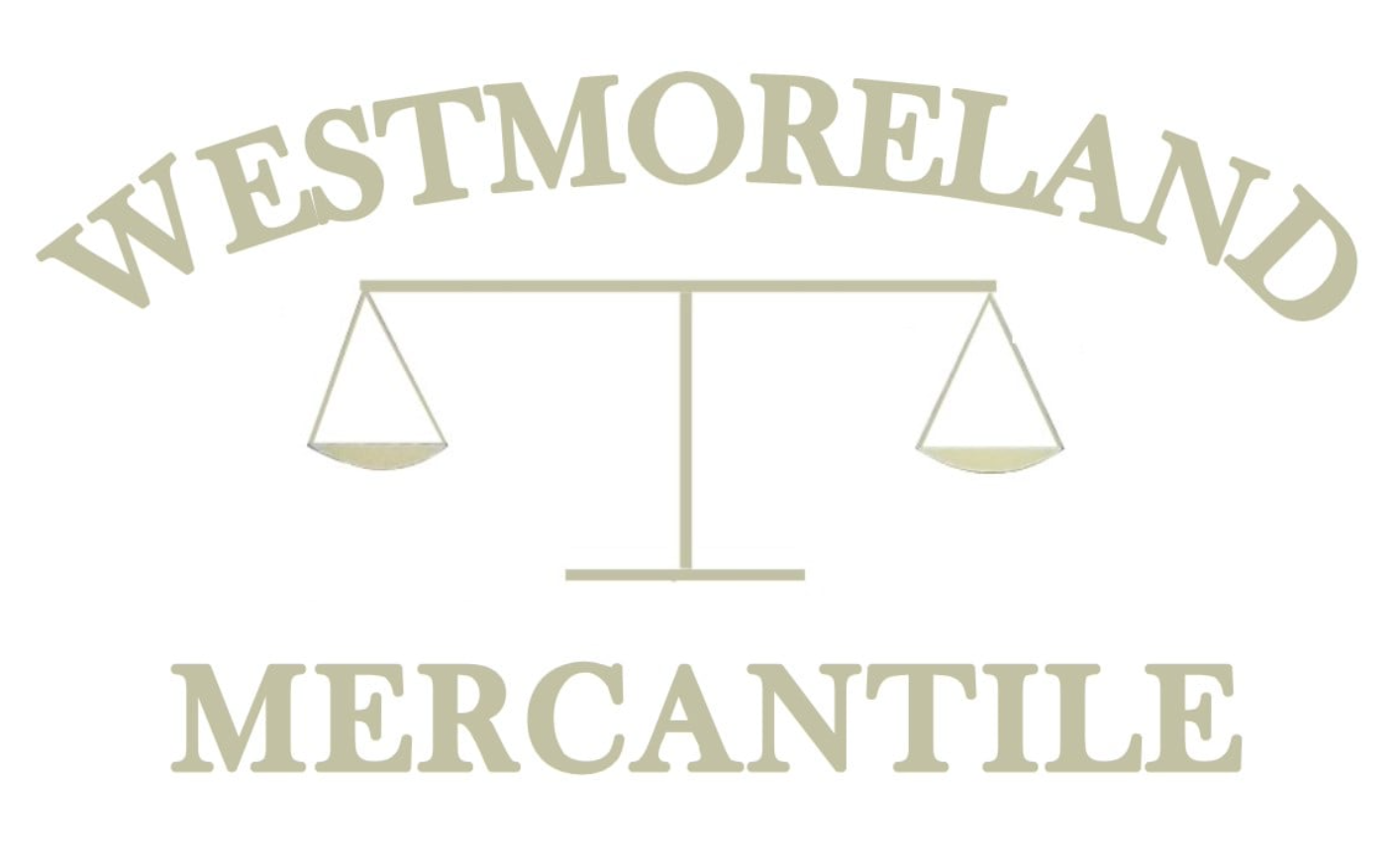 Stop in our general store for some 1920s-1930s shopping vibes. Fixtures and display materials are all what one would have seen in a period store. It serves to show the important role general stores had in the communities that they served, as well as remind local residents of the general merchandise and drug store that once stood in town. This building was briefly a drug store in the early 1900, and again in the 1940s. The Mercantile General Store displays period items and sells various store merchandise. All proceeds go back into the continued renovations of this building and future construction projects. Huge thank you to board member Wayne Shields for donations of period specific items. 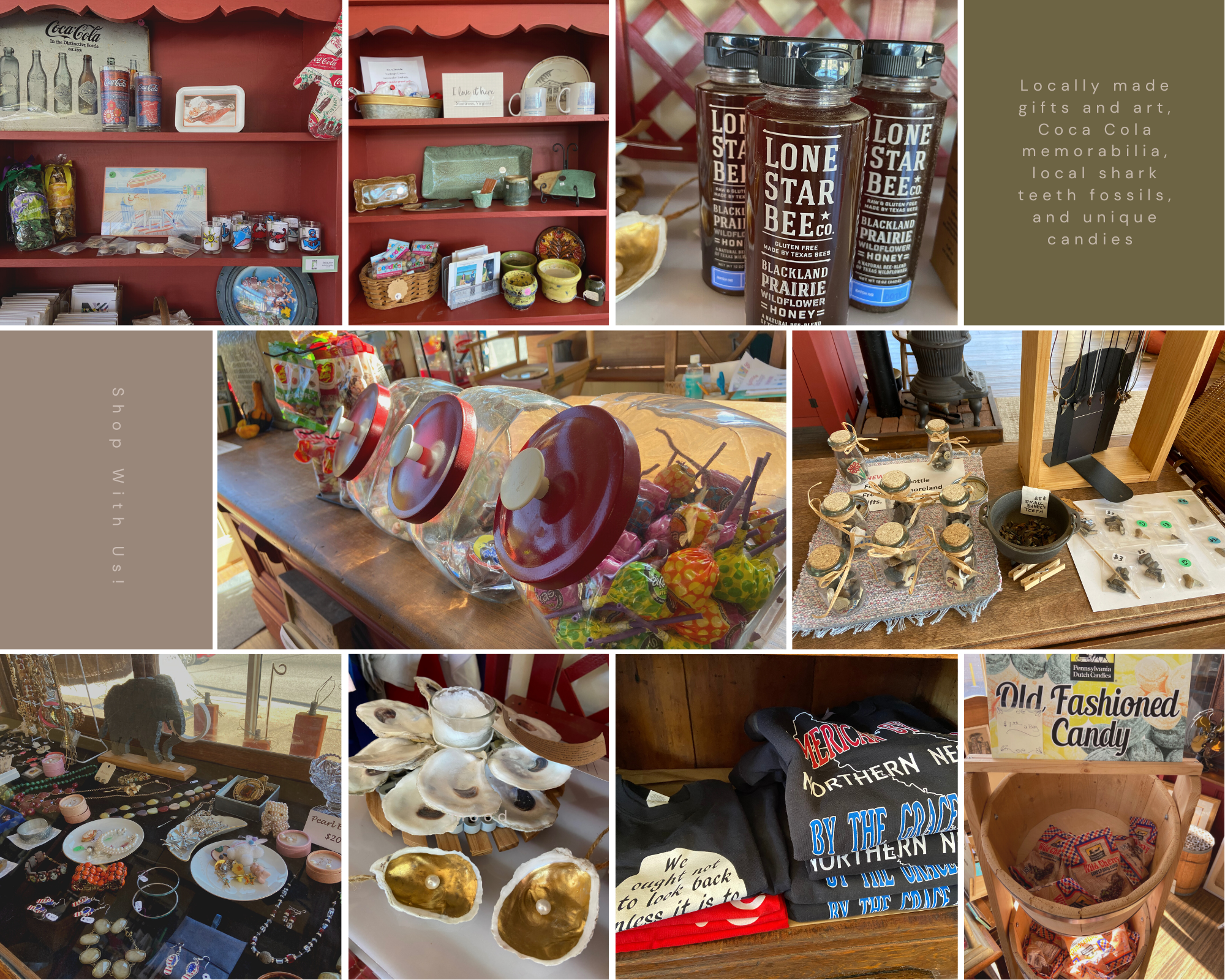 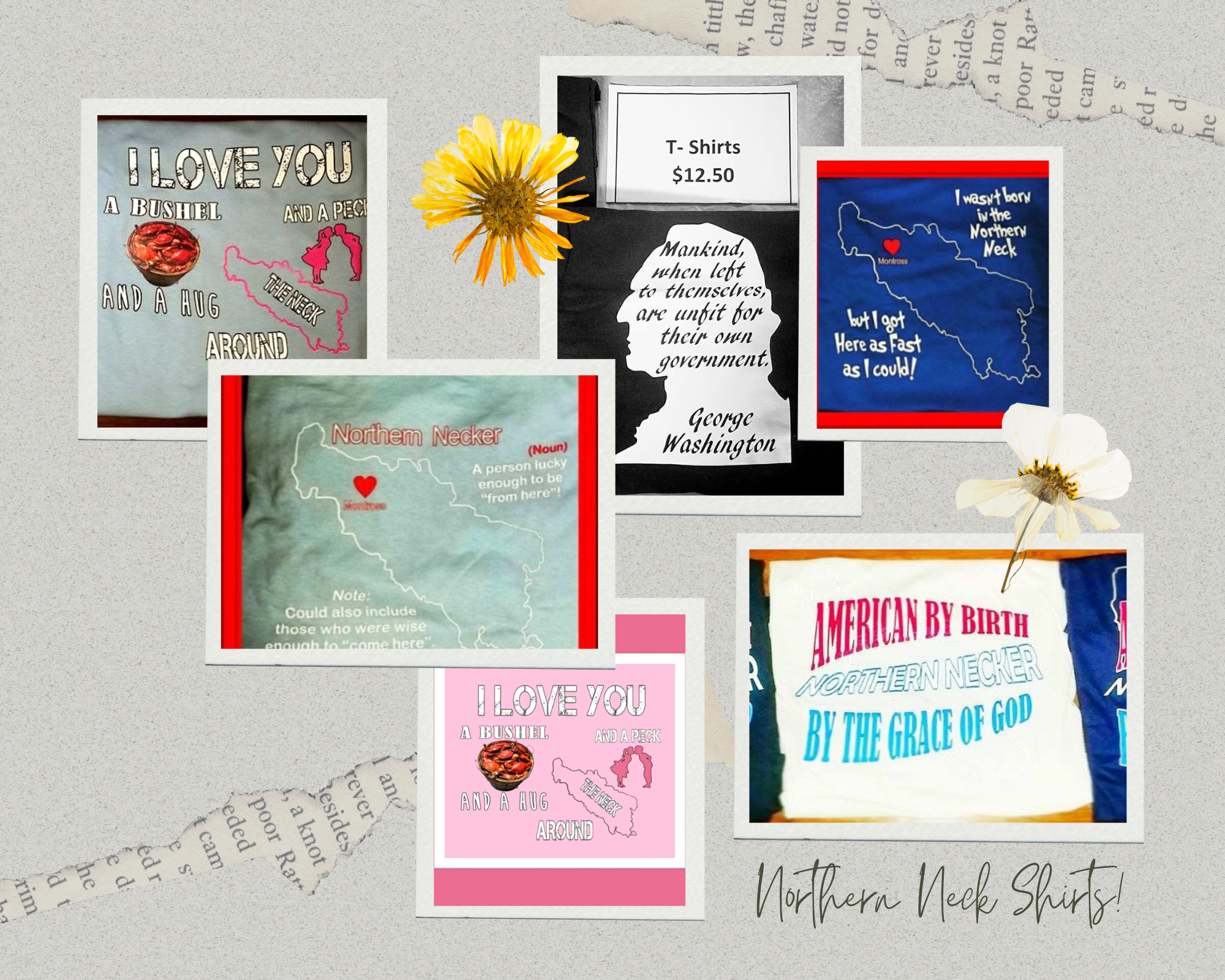 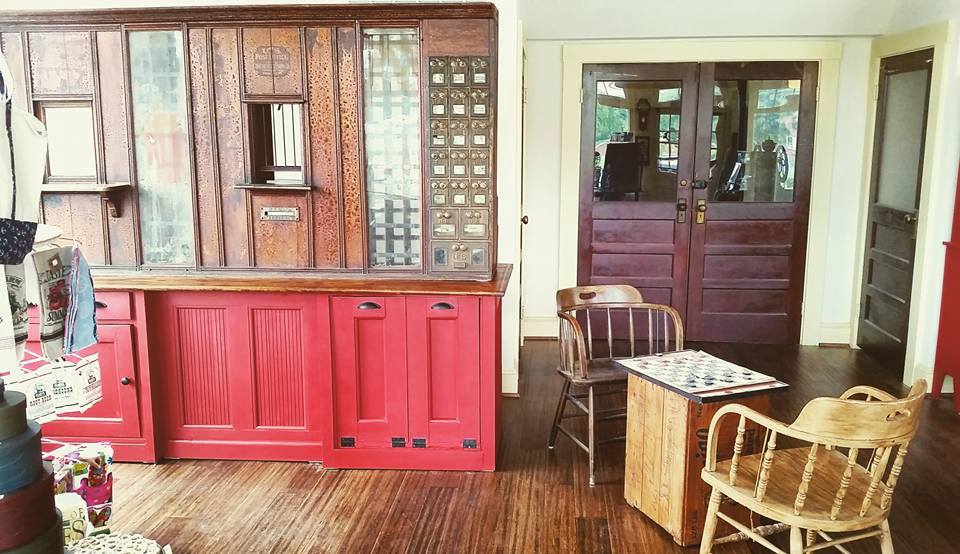 Post Office Counter
On loan from Mary Acree Faggart, and her husand Ed

In the Mercantile General Store you will see a late 19th century post office counter. While a post office never stood in this building, many general stores in the 1900s included a similar enclosed area where the postmaster would have worked and a small area outside where patrons would have gathered to check their postal boxes and discuss the news of the day.

This U.S. Post Office Counter is from Village of Sharps, Richmond County, VA. The Village of Sharps was established in the 1870s along the Rappahannock River. A wharf was built to provide steamships easy access to the town and region. Mercantile shops began operating near the wharf in the 1870s usually connected to the Sharp family, the town’s namesake. The original Sharp’s post office was opened on June 4, 1872 with DeWitt Sharp as postmaster.

In the 1880s, only a short distance from the wharf, a two-story blacksmith and wheelwright shop was built and operated by a wharf builder and general contractor named Lawrence Rude. In 1915, the business and building was sold to the Sharp family, who then sold the property to William G. and Avice Allen Acree. The couple converted the shop into a general store with living quarters on the second floor. The Acree store opened for business in 1919. After a wing was added to the store in 1940, the village post office was moved to the Acree store. In 1958, the Acree family closed the general store, however, the post office continued to operate until 1991, when it moved to a new location about a mile inland from the river. Much of the original post office furnishings remained in the general store with the Acree family.