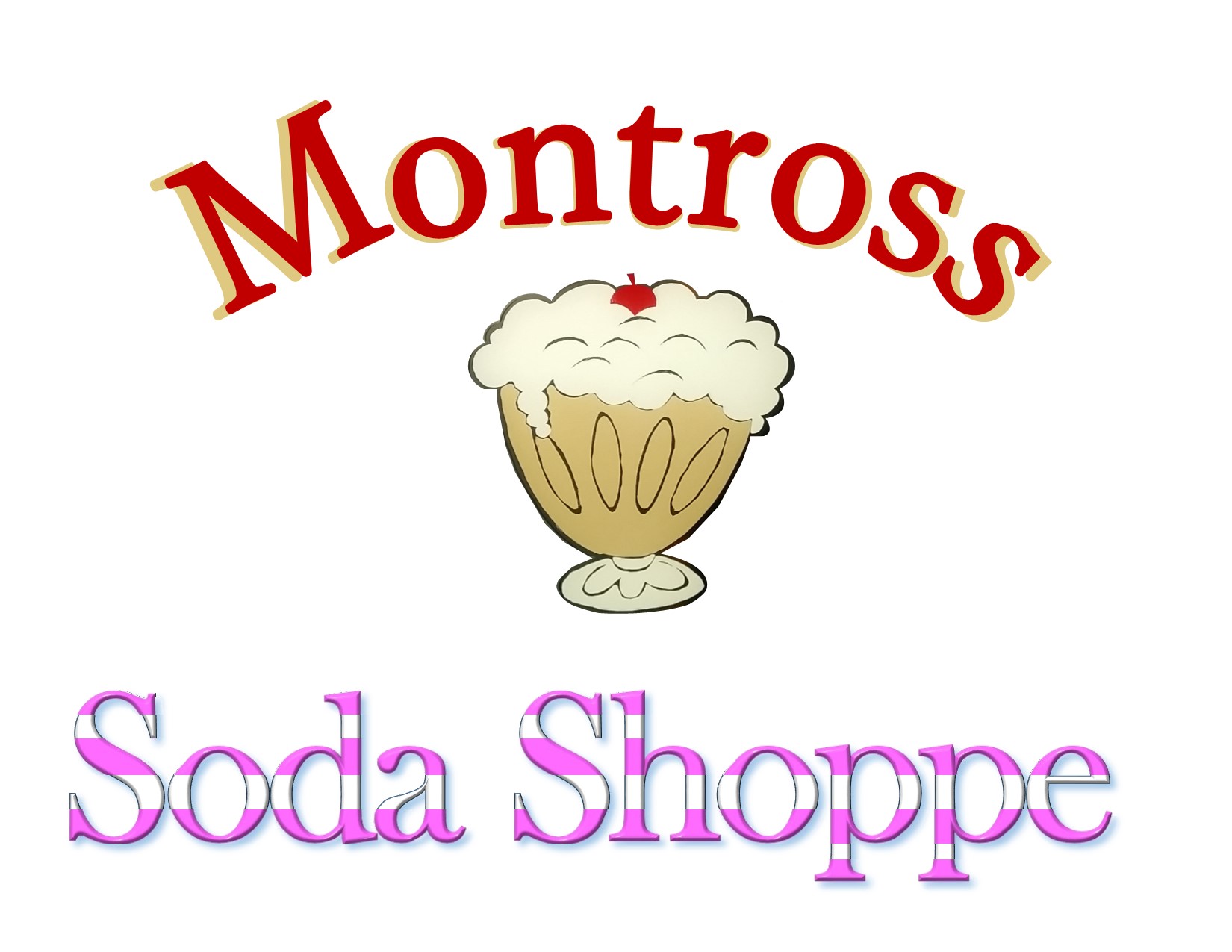 The Westmoreland County Museum is in the process of reconstructing a working soda fountain area in the Wakefield building. Our goal is to establish a seating area of period fountain, booths, tables, and chairs. This 1930s-1950s style soda shoppe will be built using period fountains and other equipment. Visitors will be able to purchase Coca Cola, ice cream, and other products at the fountain. We plan to showcase Coca Cola Bottling as a major early economic investor of the region.

Stop in to build your own float or grab a quick ice cream or soda. 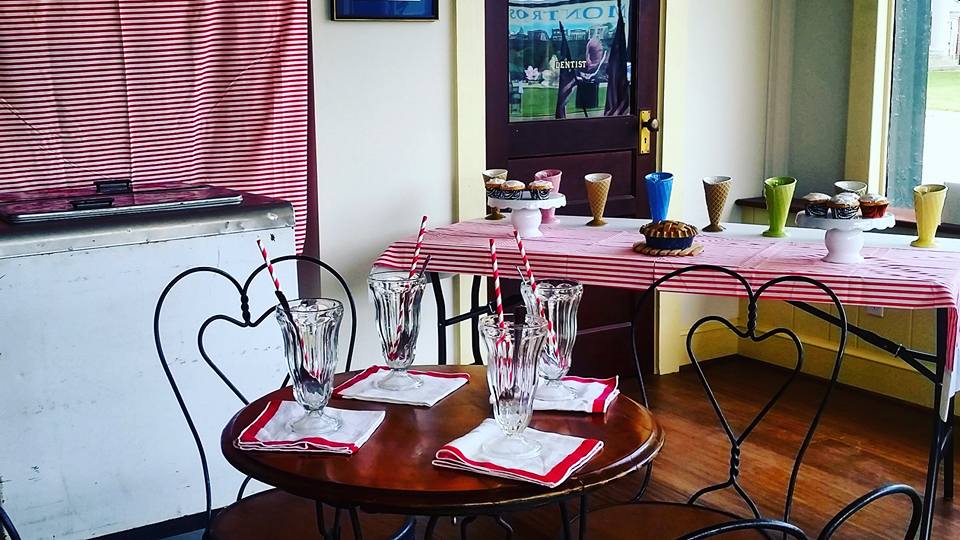 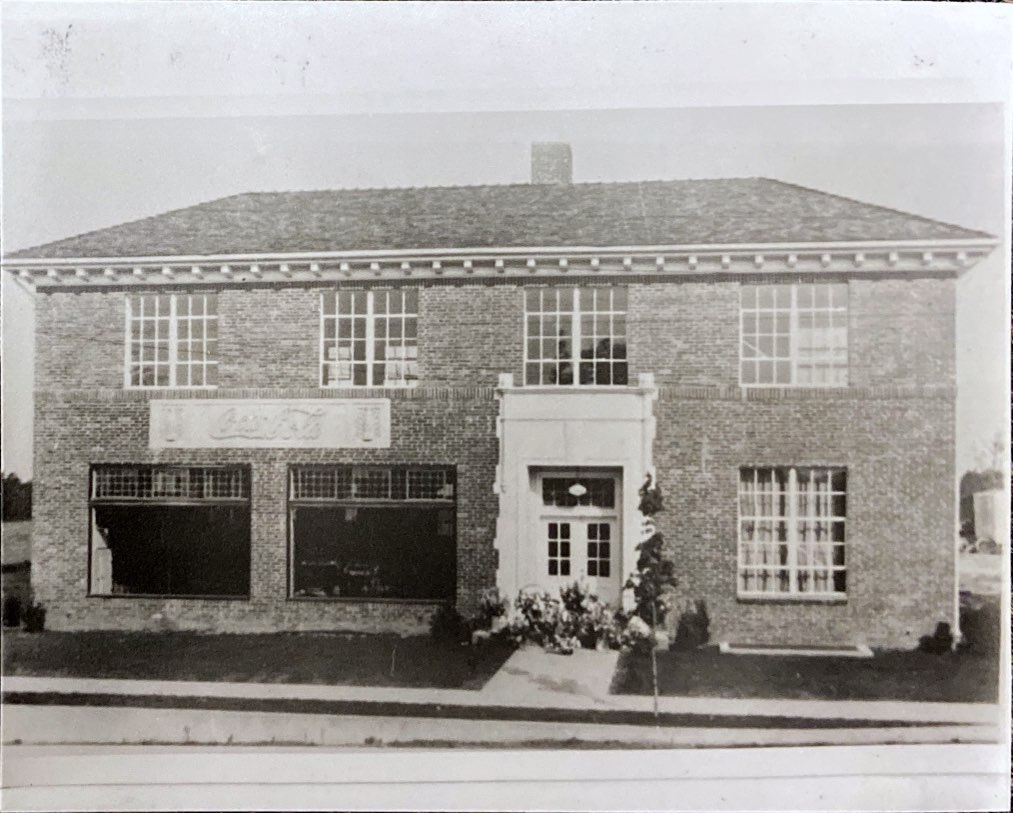 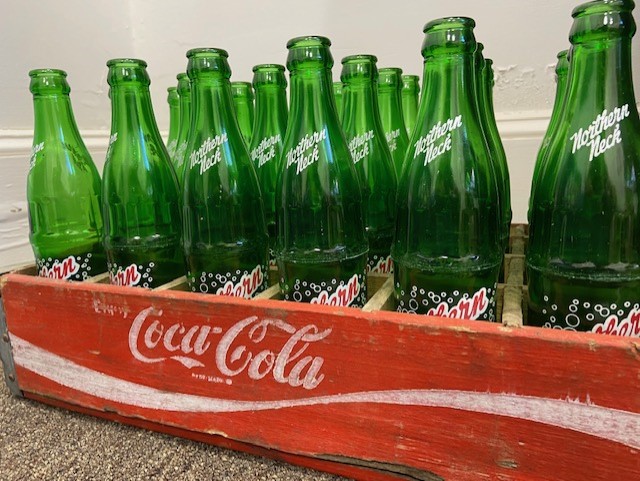 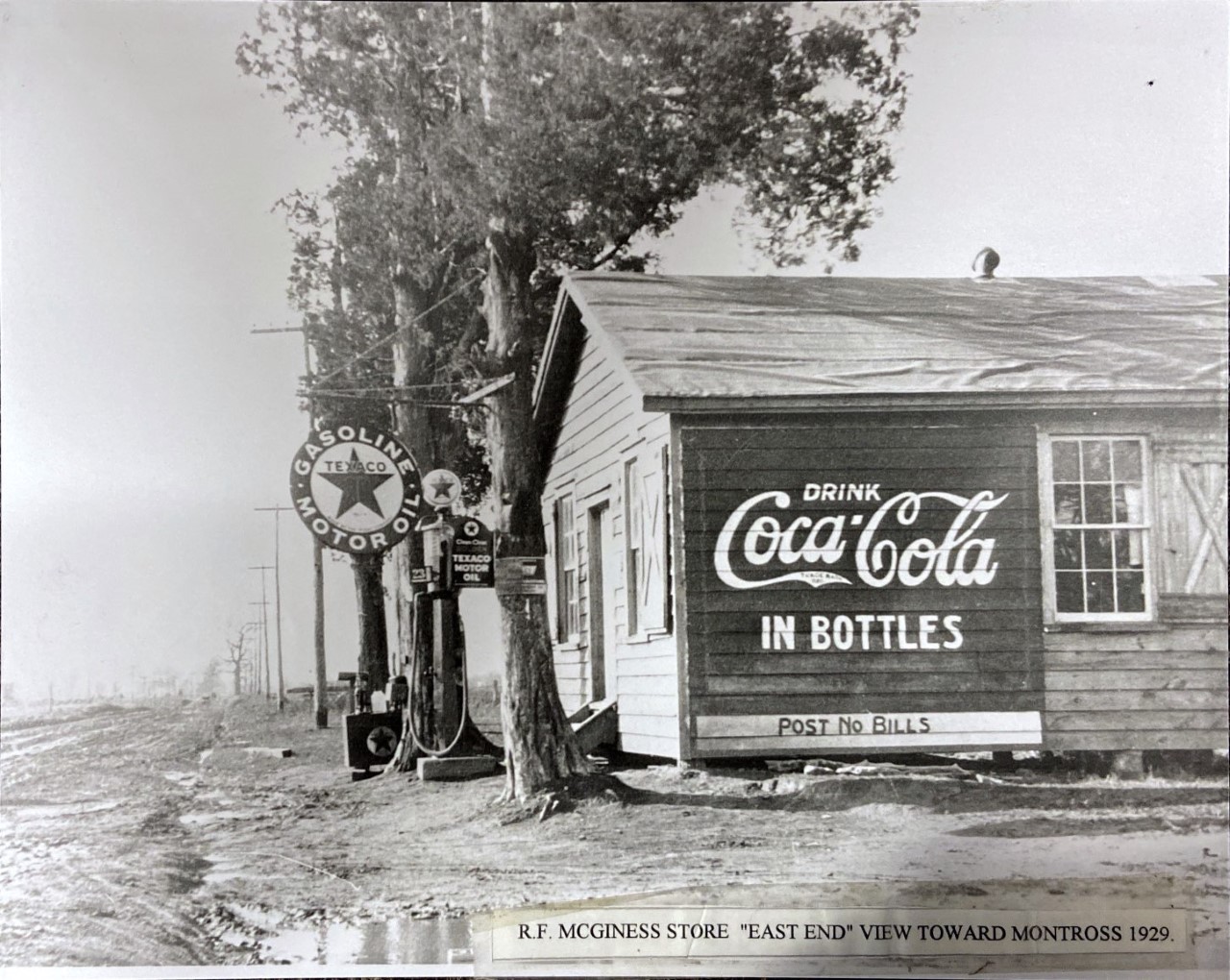 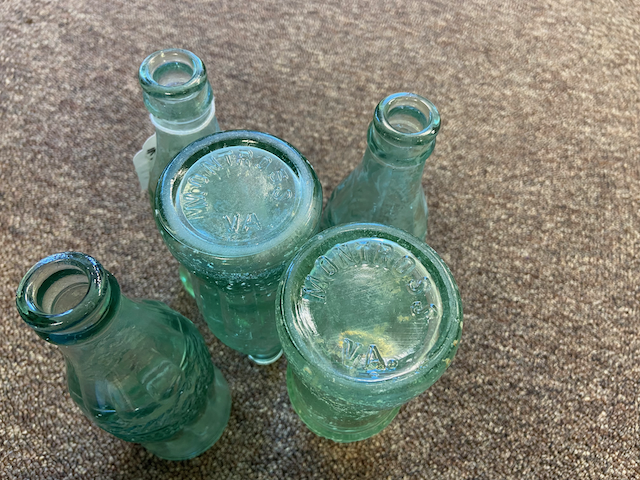 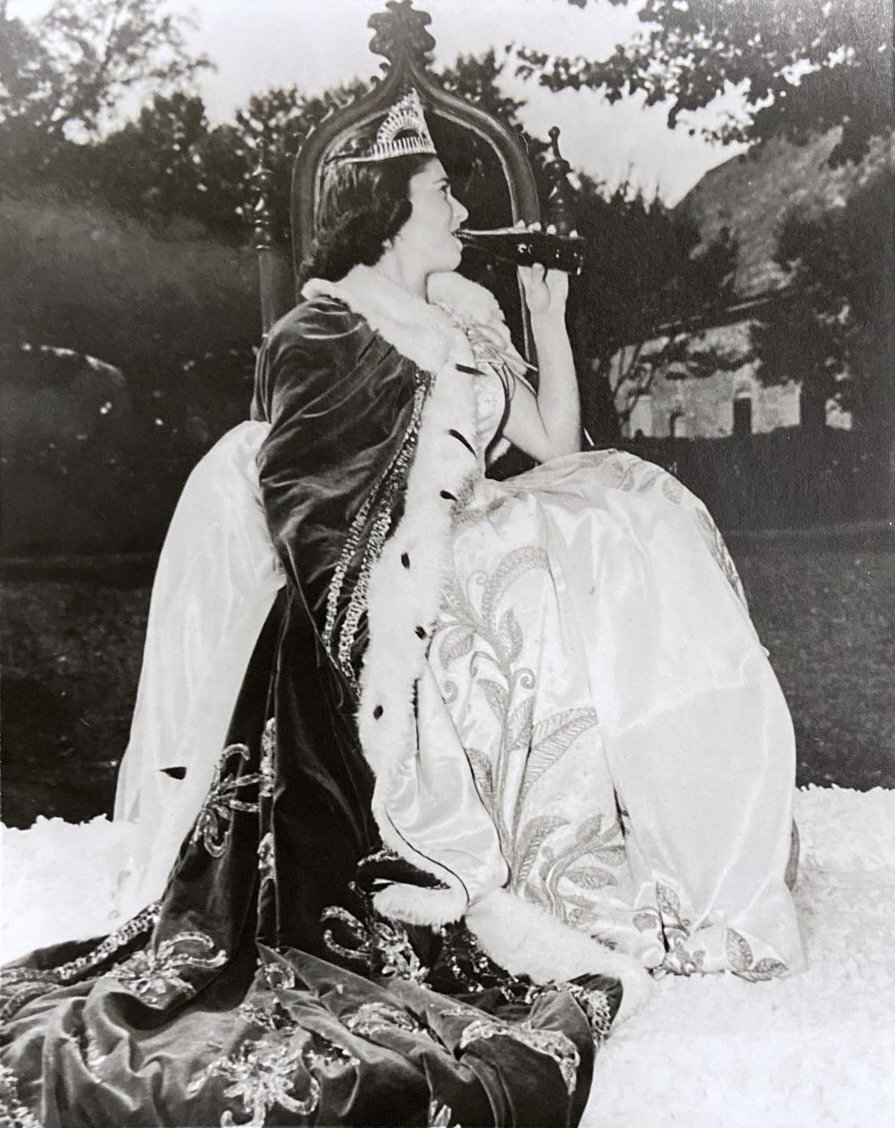 Tercentenary queen Peggy Messick pauses for a Coke after the crowning ceremony at Stratford hall, October 1953.

Northern Neck Coca-Cola was organized on October 16, 1920, when Dr. W.N. Chinn, Frank M. Thrift, Blake T. Newton, H. Stafford Murphy, and Arthur E. Carver became its board of directors and put up $20,000 of capital stock to raise money for the venture. With the sale of alchohol being outlawed by the 18th ammendment the previous year, the founding board reasoned that soft drinks would be in demand. Mr. Stafford held a contract from Washington Coca-Cola Bottling Co. for franchise rights to bottle and sell the beverage in the Northern Neck. Steamship routes connected the new company to its suppliers and dealers in Baltimore and elsewhere. In the beginning, the bottling company was set up at McGuire’s Wharf on the Nomini Creek. A.E. Carver Jr. recalled just how tough it was to pull freight up the steep road leading from the landing. The Northern Neck, at the time, was tied together by a series of dirt roads which cleaved through cornfields and tunneled through lonely forest. The paths were dust in the summer and muddy in the winter. In cold weather, the ruts would freeze as stiff as rails.

“They had to haul with horse and wagon from Carter Wharf because trucks couldn’t go up the hill. To make the job easier for the team, the driver trudged up the hill beside them. Even so, you had to stop three or four times to give the horses a rest.” -A.E. Carver, Jr.

In 1923, with Arthur Carver as general manager, the bottling company moved to Montross. In 1926, a pale ginger ale called Indian Rock, a forerunner of what would be called Carver’s Special, made its debut. As roads improved, the location in Montross was able to serve the entire Northern Neck from a small wood frame building. The Northern Neck Coca-Cola Bottling Company was attracting interest from a Richmond bottler, James E. Crass, who had won the Urbanna plant in a card game. Crass offered $100,000 to buy the Montross company, but Arthur Carver, who had also helped organize the Bank of Montross and was its cashier, was not impressed. In the Spring of 1932, Arthur Carver had a grand opening for the brick building in downtown Montross that served as the bottling company until its closure in 2001. It was at this time the ginger ale was renamed from Carver’s Special to Northern Neck Ginger Ale and an icon was born.

During WWII, military enlistment led to a shortage of workers and women were employed at the plant. Sugar rationing lingered past wartime, but the optimism for expansion at the Montross plant remained. When quotas on sugar were lifted in 1947, a resurgence in business was seen. Strong sales in the early 1950s led to the purchase of new bottling machinery to keep up the pace with demand.

In 1958, the bottling industry began marketing 12 ounce “king size” bottles. The large packaged offered by other bottlers presented a new kind of competition for the Montross plant which had not packaged its drink in anything other than siz ounce glass bottles. August brought the passing of Arthur Carver, who had served the Company for 38 years and had been a member of its founding board of directors. His sons were elected to the company’s leadership roles. A.E. Carver Jr. was elected president and treasurer. Ashby Carver was elected vice president. The board received permission from its parent bottler in Washington to bottle 12-ounce Coca-Cola. By December, board members endorsed the larger size package which Pepsi had been using to erode Northern Neck sales.

Another expansion in 1962 brought a 80 foot by 98 foot addition to the east side of the plant for storage space and a loading dock. Later that year, they boosted production capactiy by replacing the 400 gallon water treatment tank with one that could handle 845 gallons. The Company doubled the amount of its capital stock and changed its name to Northern Neck Coca-Cola Bottling Company, Inc. in 1963. When Sprite and Tab entered the market in 1964, the Montross plant signed a contract to bottle Tab and exceeded the Coca-Cola Company’s sales estimated for the product by about 50%. In 1972, Northern Neck Coca-Cola became the first company in the state to begin bottling and selling Coca-Cola in 32 ounce returnable bottles. Sales continued to increase, leading to another addtion of a 60 foot by 8 foot storage space. In March 1981, the board authorized and signed its “first line” contract from Mid-Atlantic allowing it to deal directly with Coca-Cola Co. and avoid the royalties it had been paying for years to its parent bottler in Washington. The discovery of a supplier for green bottles in December 1986 set the stage for a major promotion of Northern Neck Ginger Ale.

“They make this ginger ale down in Virginia’s Northern Neck that tastes like a wanton kiss. The first gulp sucks at your lips, bites your tongue, and leaves you breathless and happy.” -Reed and Wendy Hellman, 1997

A.E. Carver III planned to sell his grandfathers concoction outside the company’s Northern Neck territory, since no restraints impeded it. He offered it in a clear Georgia green bottle with a new lablel called Carver’s Original that emphasized its superb ingredients and traditional recipe. A news article in 1997 quoted Arthur Carver III describing the iconic drinks, “Every few days, the cola flood subsides and the smell of ginger seeps out of the stainless steel syrup room. Northern Neck is sharp and aggressive, dry with a solid ginger bite. If you’re going to make a ginger ale, you should taste the ginger.” The Original was smoother, without the attack, but still gingery.