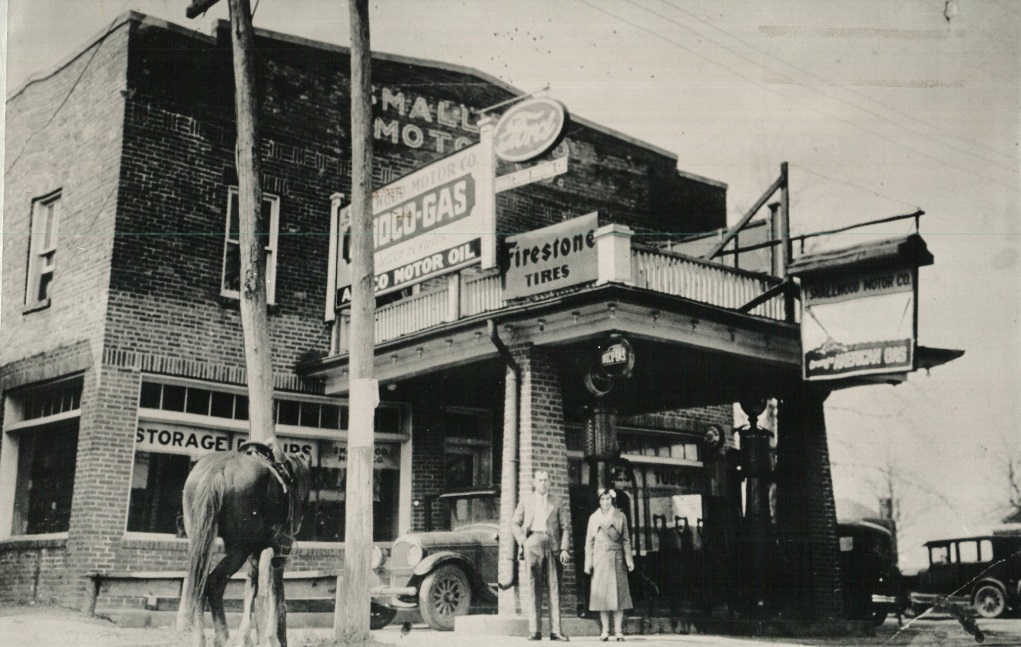 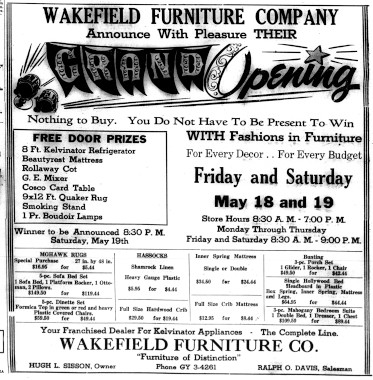 In 2011, the Westmoreland County Museum finalized arrangements for the purchase of the building known as the Wakefield Furniture. This building houses the Westmoreland Mercantile General Store and the Montross Soda Shoppe. This building is at the original location for the County Clerk’s Office from 1800 to 1904. Dr. M. W. Walker operated an office and drugstore in the building from 1904 to 1908, at which time it was converted to the Bank of Montross.

R. Flynn Smallwood purchased the property in 1927 to build a car dealership and garage. The Northern Neck News in 1928 reported that the Hennage Brothers were building a garage at this location “in the former site of the old store.” They noted that the Hennage Brothers were doing the woodwork and the roof, and Hale was doing the brick work. Mr. Smallwood had the second-floor apartments added for his family during the 1930s, and this is the structure that stands today. The Smallwoods’ ran two gasoline pumps and sold Amoco gasoline. The store also sold Firestone tires, Ford automobiles, and other auto related items.

During World War II, the building housed the Selective Service and Rations Boards. Mr. Smallwood sold the building in 1944 to Mr. and Mrs. Littlefield. The Littlefield’s operated it as a drugstore with a bar situated in the rear. The building was purchased by Lester Miller in 1946, then sold to Hugh Sisson. In May 1956, the Northern Neck News reported the grand opening of Wakefield Furniture Company. Mr. Sisson and his wife Gwendolyn operated the business here for over 50 years, until the building was purchased by the Westmoreland County Museum.